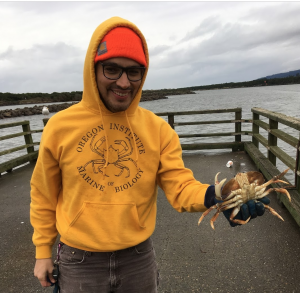 Muscles provide the force necessary to generate movements that drive locomotor behaviors. Muscles innervated by single motor neurons comprise synergistic motor units that can be recruited to perform a given task. Drosophila use only a dozen pairs of flight steering motor units to regulate wing motion during both quick maneuvers and slow compensatory reflexes. Steering muscles can be functionally grouped according to their size and patterns of activity. Small tonically active muscles allow the fly to steer straight via subtle adjustments in the phase of firing relative to wing strokes. Large phasically active muscles allow the fly to quickly alter heading via rapid changes in muscle activity. Although features of these motor neurons and muscles are relatively well characterized, the neural network of interneurons controlling them is poorly understood. To begin to address this problem I have performed a neurogenetic behavior screen of 50 split-GAL4 driver lines and found ~25 that can alter aspects of the flight motor program upon optogenetic stimulation. Our results show that optogenetic activation can have a variety of effects on wing amplitudes and wingbeat frequency compared to controls, suggesting that dedicated interneuron groups govern specific adjustments to wing motion. I am using genetic mosaic analysis to stochastically express the optogenetic effector CsChrimson in select cell classes, and employing a post hoc analysis of behavior and anatomy to identify the minimal set of neurons within these split-GAL4 patterns that are capable of eliciting changes in wing kinematics. This data will serve as the ‘ground truth’ for matching morphological features of individual neurons by light and electron microscopy for comprehensive connectomic mapping of the flight motor system. Future functional studies will use a technique developed in our lab to determine how these various interneurons alter the activity of specific steering motor units and thus alter wing motion.